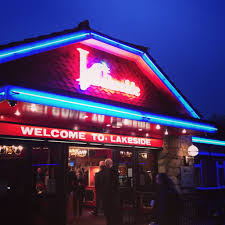 With the recent announcement that the BBC will be covering a new darts event, staged by the Professional Darts Corporation (PDC), and featuring the top 8 players in the world, it can be argued that professional darts is now able to expand and reach a huge audience of both armchair fans and potential new players.
Of course, this news has also lead to much discussion regarding the long-running split in darts, which took place in 1993, and the future of players and events that are staged by The British Darts Organisation (BDO). The main source of concern seems to be the future of the BDO “World Championship” often referred to as The Lakeside.
The event is known as such due to its current venue and the fact that, in order to avoid classing it as a world championship, the PDC, and others, refer to winners of the event post-1993 as being “Lakeside” Champions.

The tournament itself is the continuation of the first darts world championship, held in 1978. The famous trophy is iconic in the sport and contains the names of those, Rees, Lowe Bristow, Wilson, Deller, Anderson, Priestley & Taylor to name a few, who built the game’s popularity over its initial glory period and then through to its current PDC Sky TV incarnation.

Over the years the history of the event, the fact that it was the first incarnation, and its more recent venue have become into twinned to create a myth of Lakeside and its importance.
The first edition of, what is regarded as, Darts’ World Championship was actually held in The Heart of the Midlands Club in Nottingham and won by Leighton Rees. The event proved popular and featured an Englishman, Welshman (Rees) a Swede and an American in the semifinals.

1st World Champion. Played at The Heart of The Midlands Club.

The next seven events were held in Jollies Cabaret Club in Stoke on Trent. These events from 1979 until 1985 are regarded by most as darts first golden age. Most great memories of the game from its early TV days are formed here, the battles between Bristow and Lowe, the remarkable Jockey Wilson managing to claim the title against the rock that was Lowe and Kieth Deller managing to defeat all three of them to win his only title, whilst looking like The Milky Bar Kid! These were the kickstart that saw darts boom and created an opportunity for a truly professional game to later emerge.

The games initial great era was built in Jollies in Stoke on Trent.

The event then moved to its new home at The Lakeside Country Club. For the next 8 years, it could claim to be the home of the world darts championship and created some great memories of its own. Jocky’s incredible second win, Bob Anderson finally claiming the ultimate prize and the emergence of two fellows by the name of Taylor and Priestley. 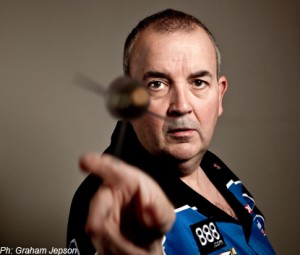 The Power, 14 world titles have been collected away from Lakeside.

So, from Its start in ’78 till ’93, the World Championship was played eight times at The Lakeside and eight elsewhere. Thus its claim, to be the spiritual home of darts or even The World Championship, is tenuous at best.
From 1994 there have been two rival world championships. Owing to the split between the top players and the BDO who arranged the events until that time. The WDC (later PDC) held their event, featuring all active world champions to that point and most of the top 32 world ranked players, at the Circus Tavern in Purfleet, whilst the BDO continued to use Lakeside. Each event is still providing stories and star players today. Over time the PDC retained the better players or attracted more with numerous TV events and higher prize money while the BDO and Lakeside remained substantively the same for the next 22 years.
Thus from 1994 onward, the Lakeside has held what, at best, can be described as a “version” of the World Championship, whilst another is held featuring the majority of the best players. Alternatively, the event could be described as a World Amateur Championship which happens to carry prize money!

The BDO circuit could easily be compared to The Championship, in football, with PDC darts as The Premiership. Lakeside could be similarly compared to the Play-Offs. The main difference being the winners don’t have to accept promotion and can choose to continue playing in and dominating the lower league.

Meanwhile PDC venues have  established their own spiritual homes of professional darts, with The Circus Tavern being the testing ground for the development of an event, and product, that can be deemed fit to be played on Pay For and Free to Air TV, and in front of  tens of thousands of fans, at The Alexendra Palace in London. The Winter Gardens in Blackpool, home of The World Matchplay and The Civic Hall in Wolverhampton for The Grand Slam of Darts, to name but two, have been enthusiastically adopted by darts fans producing superb and unique atmosphere’s of their own. The Euro tour is also producing such venues. Rotterdam & Dortmund are looking likely to become iconic.

The current situation of the British Darts Organisation raises a genuine concern for the health of the amateur game and the future of two of the most iconic event in darts. The Original World Championship and The (Winmau) World Masters. Both of these are classic events with long-running histories. Where they are held is almost irrelevant, the truth is that they need to be well run and well marketed in order to ensure their continued survival.

The solution seems relatively simple. Forget the myth of Lakeside or any other venue. A world championship should be where the very best players have the opportunity to qualify and compete against each other during a single regular event. Thus the “Original” World Championship Darts Trophy should handed to the PDC in order that they run one professional world championship each year. Both the Classic & Sid Waddell Trophies would be awarded to the winner. In exchange for this, the PDC should support the running of a World “Amateur” Championship. Possibly for the Olly Croft Trophy.

Any player who has won or, possibly, reached the final of either current version should be granted an exemption into a prelim or qualifying round for the next five to ten years (golf manages this pretty well and it may assist in the transition). Other, time-limited exemptions, may be possible after discussions. The result should be one Professional World Championship and other tournaments in which the very best players qualify or have the opportunity to do so.

In exchange for this the PDC should support the running of a World “Amateur” Championship and lend its management and marketing expertise to the BDO, or other organisation, in order to stabilize the situation and ensure that an amateur system, such as currently exists with superleague & county darts, continues to thrive on a strong and secure footing.

The World Masters could then be staged as a single event open to all players amateur and professionals from across the globe, without its recent late-stage seeded format, jointly run and marketed by the two circuits.

Former PDC director Tommy Cox has offered to come out of retirement and help. His experience in directing tournaments all over the globe in ever-changing times could prove a masterstroke. The amateur circuit could include many current popular events and opens and the money earned viewed as expenses.

Without such an accommodation the consequences will be very damaging, the BDO “World Championship” & World Masters may be reduced to streamed or minority channel events, poorly produced, watched by few and cared about by less. The darts product has been superbly built over 40 years, first by the BDO and Olly Croft , then through the PDC via Tommy Cox & Barry Hearn.

It should not be cheapened, risked or demeaned due to pettiness, spite and or incompetence.